FRIENDS OF THE MAKE A FISH FOUNDATION 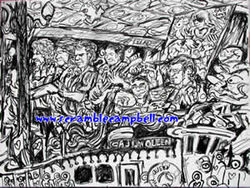 Colorado based artist Keith ‘Scramble’ Campbell is nationally recognized for his paintings ‘live and in concert’ because he actually attends concerts where he completes paintings during the course of a single performance. Campbell endeavors to capture- through light, color, texture, composition and vigorous brushwork- the inherent feeling of the music and actions of the performers. For two decades, Campbell’s ‘performance paintings’ have been inspired in places like the intimate setting of a dark nightclub to the collective consciousness of a large concert or festival. The subject matters of Campbell’s paintings include the musically elite as well as up and coming new talent. Including artists such as: BB King, Fats Domino, Willie Nelson, Widespread Panic, and String Cheese Incident.

Campbell is often referred to as ‘the guy painting at Red Rocks’. He has completed more that two hundred performance paintings at the world famous venue. Only miles from his home, he admits, “the Amphitheater is my favorite outdoor studio, can you blame me?” During his long career, he has painted more than two thousand paintings at nearly a thousand musical events across the country. Campbell’s prolific portfolio is not limited to his performance paintings. It also includes various commissions; paintings and events he has done for charity, and many corporate events. His art is found in numerous collections across the world.

Campbell not only produces work but curates as well. He curated the Denny Dent: Two Fisted Art Attack and Convergence: Painting with Music exhibitions in 2010 at the Arvada Center for the Arts and Humanities. 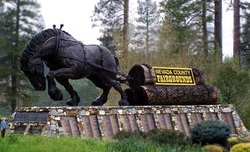 Todd Andrews' career spans over thirty years. Internationally renown, his magnificent sculptures have become landmarks in many cities and corporate headquarters throughout the United States. Todd has gained national and international recognition as a leader in the creation of Heroic Art. His work is displayed in public and private collections throughout the world. In 1987, he received international acclaim through the prestigious "Gold Key" award, presented to the Holiday Inn in Buellton, California, which showcases his monumental piece, "El Rejoneo". Todd has made the transformation from Teacher at Santa Barbara City College to Owner/Artist of TASCO (Todd Andrews Sculpture Company). Located in the Sierra Nevada foothills in Northern California, TASCO serves as an original design studio, as well as an enlarging facility for monumental sculptures. From his studio comes an impressive array of monumental sculptures which are not only aesthetically pleasing, but (in his opinion), "Immortalizes our heritage". While specializing in figurative, representational work, he also fashions surreal, abstract and geometric sculptures. Whether immortalizing our heritage or creating a powerful statement to enhance magnificent settings, Todd's work stands as a testimonial to his ability to preserve the past or translate another's vision into a dynamic, expressive work of art. In his own words, "My forte is the ability to transform your dreams into an exciting reality"

THE FINE ART OF RAY TROLL 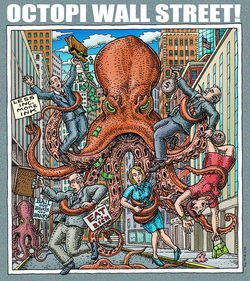 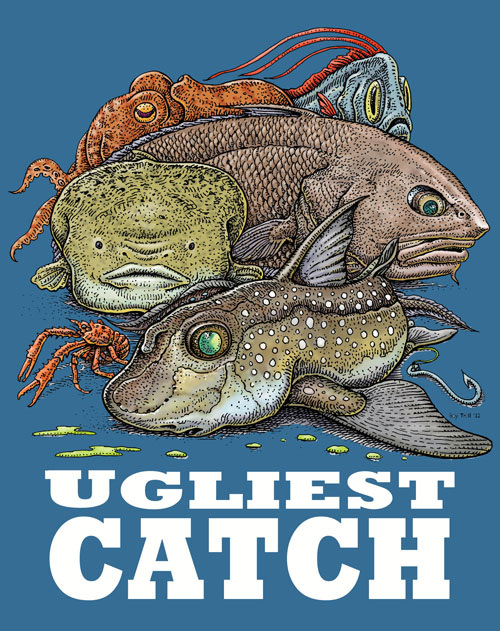 Ben Baity: Ceramicist, psychedelic surrealist, juggler, all around nice guy and the guy you are really talking to here.