except using fish as the mold.  3-5 different ones, 20-40  total all over Sacramento area with half collaborative. 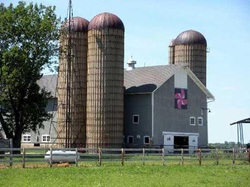 McHenry County Quilted Barn Program Several years ago a local newspaper featured a photo of a barn shadowed in the light of the setting sun. The caption read, “Nothing is more beautiful than seeing the sunset behind a McHenry County barn.” The thought that such a scene in this once prominent Illinois dairy farming county may soon end up as this generation’s memory is giving impetus to a new program.

It is a public art related project that may be the answer for barn appreciation, preservation, and agri-tourism. It combines the tradition and beauty of quilt designing with the long lasting durability of American barns and their adaptability as showcases for public art. Following the lead of states like Iowa and Ohio, McHenry County, Illinois is setting the stage for a similar “Quilted Barn” program in this state. 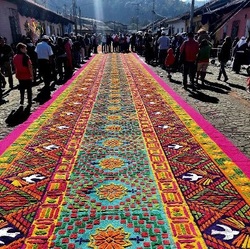